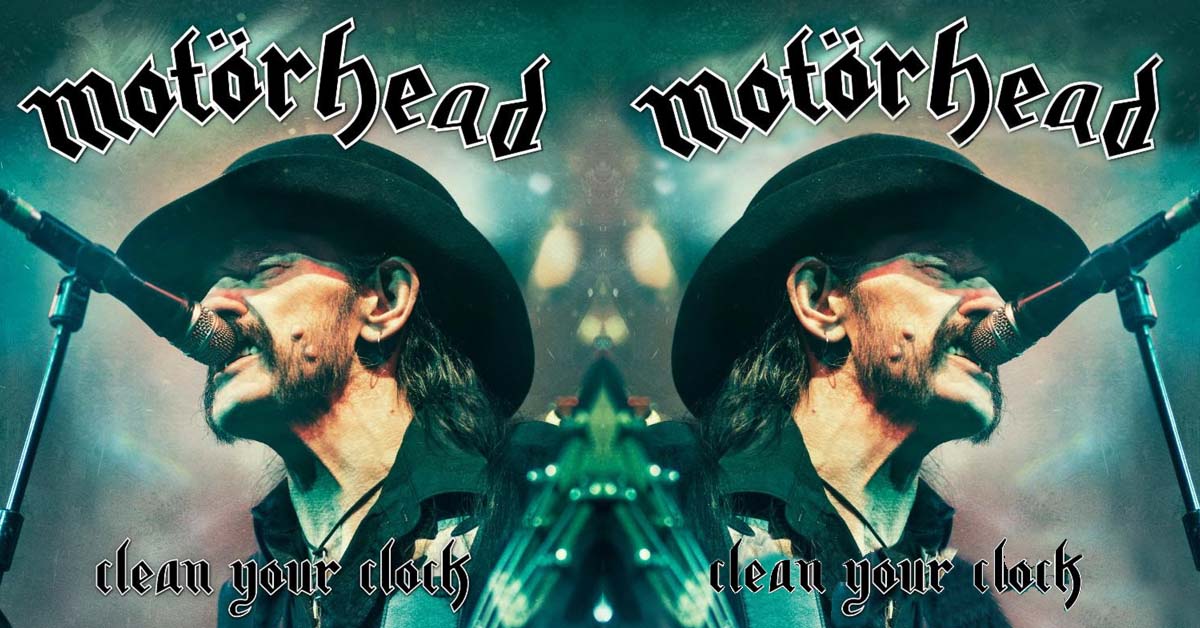 There was something about Lemmy.  I’m not sure if it was the rock attitude, or the mutton chops. The ample time he spent at gaming machines with a glass of Jack Daniels. Maybe it was the way he sang up into the microphone, as it loomed above him.

That microphone had no idea what was coming, and on December 28th, neither did we.  Ian Fraser Kilmister had passed away. Our beloved Lemmy, was gone.  Just 4 days after his 70th birthday, an aggressive cancer took this rock n’ roll icon from our world. Our site editor was lucky enough to cover a Motorhead show a few years ago.  They were playing on the “Gigantour” tour, and he said that Lemmy was just amazing. He pulled up the folder of pictures to show me of what he was able to capture of the “Godfather of Heavy Metal”.

I will never get the privilege of seeing Motorhead perform, but with the release of <i>Clean Your Clock- Live in Munich 2015</i>, I get an all access pass.  With a little over 2 hours worth of material, it was entertaining and fast paced. It went by in a flash. The quality of the images and sounds are excellent. A few scenes had shaken camera moments, but nothing that ruins the video.  There is some bonus material which was amusing.  It reminded me a little of the “Lemmy” documentary from 2010.  Short interviews, some jokes, and cigarettes.

Besides the concert footage, you can also pick up the CD or Vinyl copy.  It features some of their best songs, like ‘Bomber’, ‘Ace of Spades’ and ‘Overkill’. Lemmy and the rest of the guys sound just as good as now, as they did back then.  If you need to have the entire collection, there are a few different box sets available, and they all include pop up art and a ‘Motorhead Forever” pin. We may not have known what was coming at the end of last year, and we may have had miss opportunities to see them live.  This album, and DVD/BLURAY provides a answer to that obstacle.