Album Review
Shallow Side
One
January 2017 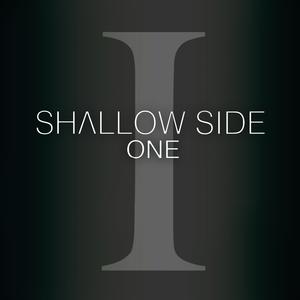 Shallow Side, the four member band from Alabama, recently released “One” on January 13th.  This 6 track EP features Eric Boatright on Vocals, Cody Hampton on Bass/Guitar, Seth Trimble on Guitar/Keyboard and Heath Fields on Drums.

The band formed in 2010 and has had a few releases, along with some bumps along the road.  Their latest release, One,  is promoting a message of unity.  Eric states, “When we first started, rock & roll wasn’t for us, we wanted to go to a concert, enjoy the music, sing along, and be a part of the overall song and dance. We’re now looking to bridge that gap to bring the family together to where rock & roll was at one point. The mission since we began was to take the wheel and steer it back into a direction where everyone from all walks of life could enjoy a good rock show.”

I am here to say, the gap has been bridged.  This EP is a solid rock release.

Of course one of the stand out tracks on this EP is the cover of Styx’s song “Renegade”.  Shallow Side was looking for a “handshake” with listeners who already loved rock music, and using this song was a way catch the ear of new fans. Tommy Shaw, Styx vocalist/guitarist and the songwriter of “Renegade,” is one of those new fans. He stated that he was “impressed by these guys”.  He went on to say that they had a “Good arrangement, good performance, good video”. Since that time Shallow Side’s “Renegade” cover has gone onto being a rock-radio staple and a YouTube sensation when it was released as a single in late 2016.

My personal favorite track from the EP is “Can you hear me”.  It’s a great anthem for the current time we live in.  Whether the government is in your favor or not, we live in a time where its time to stand up for what you believe in.  “Can you hear me” is a song to march to, to hope to, to survive to.

This band has it.  They started from the bottom and worked there way up.  I look forward to hearing the full album when it is released later this year.  You can get your copy HERE.