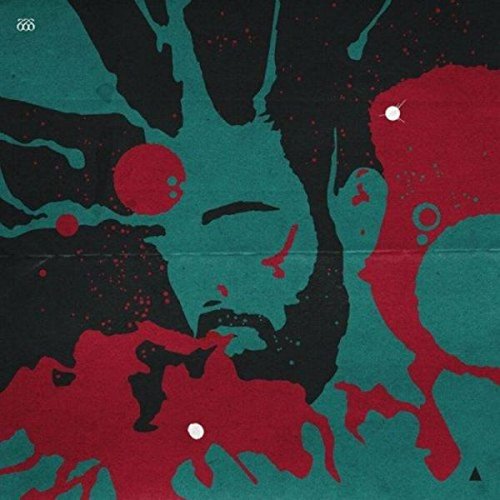 Big Black Delta, the solo project of Mellowdrone frontman and M83 Collaborator Jonathan Bates, released a new album on April 22nd called Tragame Tierra. In the last 30 plus years of my life, this is the most interesting album I have ever heard. It’s very 80’s meets, well, everything. The first song ‘H.A’, sounds like a trippy lullaby, and ‘Well My heart’, is a country song with an upbeat tempo.

I was very excited that Debbie Gibson makes a comeback on one of the songs. She performs on ‘RCVR’, and it’s everything you could want. She sounds amazing, the lyric content is great, and the synthesizer keyboard is perfect! Of all the songs on the album, this one stands out the most to me, and I really enjoyed it. ‘Bitten by the Apple’ is the next track after ‘RCVR’, and it gives it some stiff competition. Kimbra sings beautifully on this, and the keyboards make the song come alive. Until the end, when it sounds like the batteries are dying in my walkman. I said it reminded me of the 80’s, and that sound really brought it home.

‘Overlord’ is a couple songs down, and it’s really catchy. Its got a really fun beat (think Blue Man Group drums), and the words are easy to sing along with. I just feel really silly singing “I’m a titty with the warm milk coming out”. It’s probably the most modern song on the album. It reminds me of Cobra Starship, ‘You Make me Feel’.

The last song on the album gave me chest pains. It is the title track, ‘Tragame Tierra’, and its 10:10 long. When I first heard it, I wasn’t really paying attention to how much time went by, but I kept waiting for the beat to drop. The longer I waited, the worse the feeling became. The song has a constant hum, with an occasional ‘boom’. I thought to myself, I am reviewing this album, I can’t skip ahead. I have to listen to this. I have to deal with this. Then the song faded out. The album was over.

There were enough good beats and lyrics to go around that made a wash of the crazy country song and 10 minutes of monotone induced pains. The positives of this album definitely outweigh the negatives.