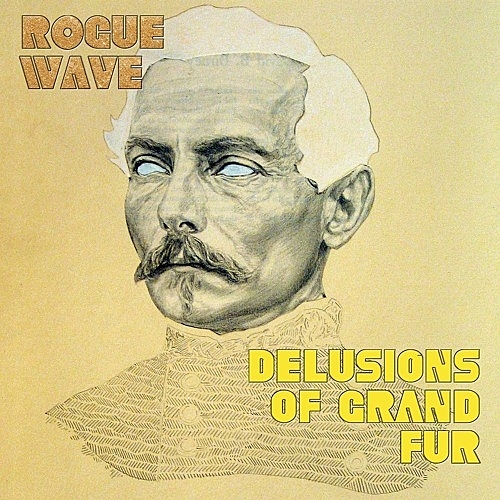 Rogue Wave is back and better than ever! Delusions of Grand Fur is being released on April 29th, after a 3 year wait from the last album. Zach (Schwartz) Rogue, sounds well rested and ready to go. His bandmates, Pat Spurgeon, Masanori Christianson and Jon Monahan played together like a well oiled machine, which is great considering they have a month of tour dates from coast-to-coast coming up!

This album is everything you expect a Indie-pop band to produce. It has a great melodic sound, a throw-back to the 60’s pop era of peace and love. There is a lot of 80’s mixed in, with keyboard sounds and voice synthesizers. Zach’s voice is soft, with a echo effect on most tracks. The song “What is left to solve”, is the lead single from this album. With a stand out drum beat to start with, and a great electronic sound throughout it, it is easy to see why this was chosen as the first release.

The rest of the album is about the same. My personal favorite is “Take it slow”. It’s a song about being patient and slowing down. In this hectic world and fast paced society, we can all take that advice. I imagine myself playing it too loudly, and singing terribly out my car windows while I drive to the beach. I also really enjoyed the song “Ocean”. Having to deal with my own divorce and betrayal, the lyrics about feeling alone really hit home.

This is a solid album, with some stand out tracks. Zach Rogue and Pat Spurgeon did the recording and producing of this album in their home studio. Rogue is quoted as saying “It’s the sound of who we actually are, for better or for worse”. He doesn’t give himself enough credit, this album is definitely the “better” side of things.