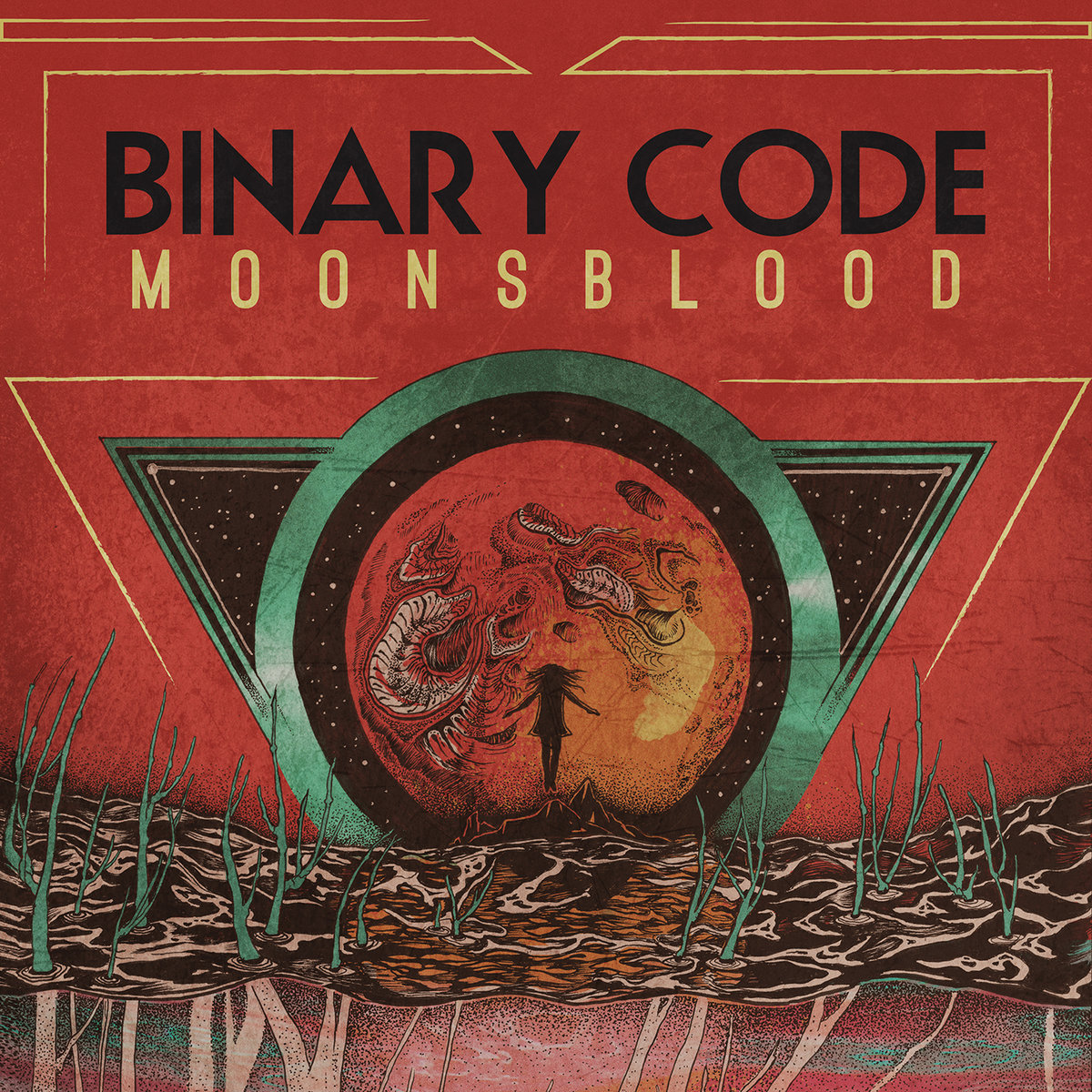 Binary Code is your basic Progressive Metal band. They have the normal electric guitar riffs, aggressive vocals and some mainstream rock touches, but then they soar above above the normal and hit you with some truly different songs and sounds.

The band was formed in Bergen County, New Jersey, by Jesse Zuretti. In 2009 they released Suspension of Disbelief, and it was well received by critics and fans. They had one EP after that album, and now 6 years later they have released Moonsblood. Although some of the members have changed over the years, the epicness of the music has not.

This album is full of hard hitting songs. They start out slow and melodic, and then the guitars kick in, screaming vocals, and it’s everything you could want a metal band produce. “Immersion”, the first track starts with an great electronic beat, and clear vocals. Unlike a lot of the music out there today, most of the tracks sound different. Compared to the last track on the album, it’s completely different. The last track, “Unexist”, jumps right into the harsh vocals and drums. If you had to describe the way a strobe light sounded, this song would be it. It’s non-stop, quick continuous beat with matching vocals brings the song to life, while paralyzing you so you can do nothing else but be consumed into listening to it. It so different from the rest of the songs, and really gives the album a fantastic send off.

Sandwiched in the middle of all this, is the title track, “Moonsblood,” which is by far the standout track on the album. The dynamic of the aggressive growling, catchy chorus, drums, guitars and electronic keyboard fade-out at the end. It seems odd to describe a progressive metal song as catchy, but for the lack of another adjective, it most certainly is. It is the kind of song that will creep into the top spots of your playlist in no time.

The only complaint, the album is short, just a bit over 30 minutes. Would it be great if it was longer? Sure. But after 6 years… beggars can’t be choosers.