Song Review: Last Flight To Pluto
See You At The End
September 2016 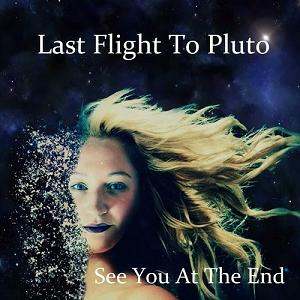 Last Flight to Pluto has released a single titled “Heavy Situation” from their album, See You At The End. With influences from many different decades of music, this progressive rock track artfully melds Alice Freya’s delicate voice with switches in tempos and it is the perfect way to introduce the listener to all that the Last Flight To Pluto has to offer.

They are fronted by Alice Freya, a veteran of the cover circuit in her homeland of South Wales, UK. Alice and drummer Daz Joseph (former member of the 90’s prog band EZRA), had had enough of playing pop to satisfy others, so they formed Last Flight To Pluto to make the music they wanted. The other members of the band, Jack O’mcGinty (Guitar / Vocals), Ryan Alexander (Guitar / Vocals) and Jay L Kreft (Bass / Vocals) all lined up perfectly with their needs for this musical journey.

See You At The End is a 6 track album, and just about an hour long. It has a new modern twist on prog and their musical influences (band like Rush!) really come through on the album.

Watch there new video below, and purchase their new album HERE!