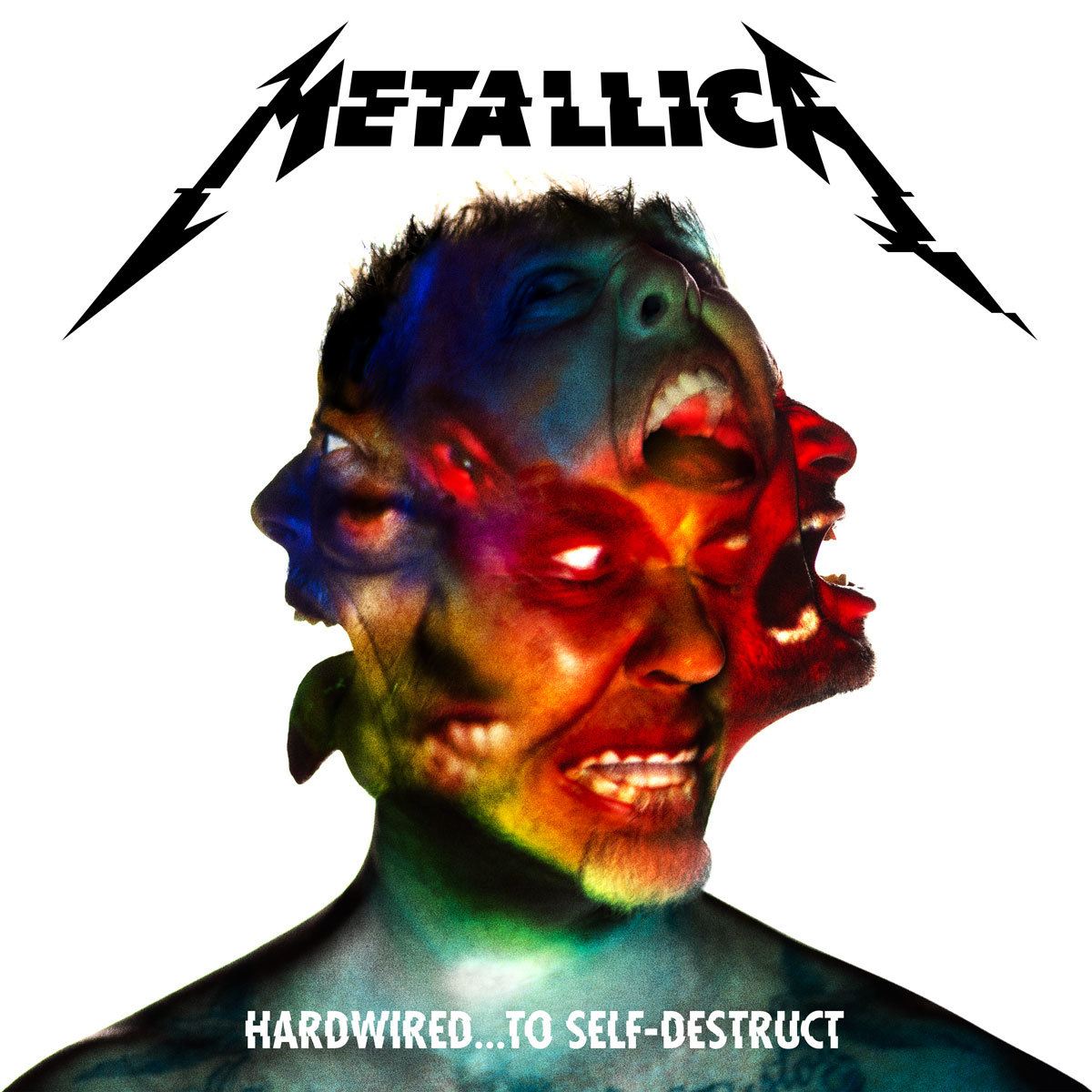 After eight long years, the wait is over… Metallica has released a new album! To put that length of time into perspective, every single studio album by the Beatles was released in a shorter span of time.

Metallica has, of course, been busy in this time, having released an IMAX movie, a collaboration with Lou Reed, countless shows on all corners of the world, including an attempt at launching their own music festival, the list goes on. Having felt they’d finally run out of excuses to keep them from making an album, the band started writing in 2014, and spent 2015 into early 2016 recording what has become Hardwired… to Self Destruct.

Days before their big stadium appearance at the brand new US Bank Stadium in Minneapolis this summer, Metallica dropped the title track, “Hardwired,” and announced the details of the album release. Over the three months since then, two more videos have been released to hold us all over. Now, in the final days before the album hits, Metallica has released a video for every single song on the album, including one for the bonus track, “Lords of Summer,” which has been re-worked from the live version they debuted in 2014.

Enough talk about the time and the hype leading up to this release… What’s important is, how is the music?!

The album opens with the title track, which is a thrashing song, clocking in at just over 3 minutes in length. 2008’s Death Magnetic had only one song that was shorter than 6 minutes, and while long, complex songs have always been one of Metallica’s specialties, it was nice to get a quick, aggressive song, hailing back to the feel of their debut album, Kill ’em All.

The next two songs released, “Moth Into Flame” and “Atlas, Rise!,” were both longer songs, with more melodic parts in them. Both songs are great, however as I listened to them, I started to grow concerned that this album was going to sound like “Death Magnetic 2.0“.

Upon listening to it in full, it could not be further from it. This album is HEAVY, and draws sounds from many different aspects of their career, while advancing into a new sound of its own. “Now That We’re Dead” has a driving groove through the verse, before going into a bridge and chorus that are easy to sing along to, and easy to get stuck in your head. Check out the video for it below!

When I first heard “Dream No More,” if I hadn’t known better, I may not have guess it was Metallica. Singer James Hetfield is singing two harmonizing lines, one higher and one lower than the normal register you hear him sing in. The effect it gives sounds like something off of Reload. In fact, if I had to pick one album that Hardwired sounds most like, I would probably say Reload. Some fans who only like the older albums may be disappointed to hear me say that, but though it has the late-90’s groove to it, there is still plenty of thrash on this album, especially with songs like the final track on the album, “Spit Out the Bone.”

Another track that stands out is “Murder One.” Mötorhead fans may recognize that as the nickname for the late frontman Lemmy Kilmister’s amp, and this song is indeed a tribute to him, with many Mötorhead song titles referenced throughout. The video, animated by Robert Valley, who produced many of Gorillaz’ music videos, tells the tale of Lemmy and Mötorhead.

After waiting over a quarter of my life for this album, Metallica did not disappoint. Drummer Lars Ulrich has said in interviews that he does not expect it to be another 8 years before they release another album, and hopefully that’s true. Meanwhile, I am happy for these 12 great songs they’ve released!

Metallica – Hardwired… To Self Destruct