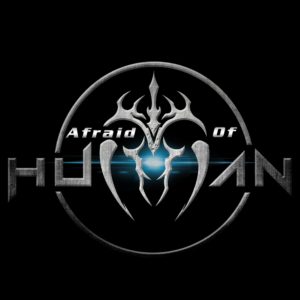 We put out a call for new music on Instagram, and Afraid Of Human answered it!

Afraid of Human is an original hard rock band from Warren, PA. The group formed in August of 2014 after the collapse of Rock band RFE(RoomforError) by guitarist, lyricist and Philadelphia native Brandon Kulp; drummer, vocalist and NYC native John Grimm; and bassist Dustin Huff.

Jimmie Botto (former vocalist of Blind Society) joined the band as the lead vocalist and Afraid of Human was born!  They started booking shows across Western and Central PA and Western NY, covering some of the best hard rock songs to date.

Afraid Of Human took spring of 2016 to write their debut EP. They recorded in Sound Studios in July, working with producer, Anthony Brown.  They released their first single “All I Am” on July 19th 2016, onto Reverbnation.com.  It was well received, with amazing feedback from local as well as national fans. The band currently sits at #1 on the Reverbnation local Rock chart and has been consistently climbing the national and global charts. I was really impressed with the songs from the EP.  I started listening to the music before reading anything about the band, and thought “All I Am” was the standout track.  It has a fantastic guitar riff, and drum beat.  I like Jimmie’s vocals, but they are a little rough at times.  I don’t mind screaming vocals at all, but I find his voice more appealing when he sings normally.  For a group relatively new to the music scene, I am blown away at the talent and thought put into this EP.  The songs all have meaning and great sound.  I look forward to more from this band, and hopefully they will broaden their tour area so we can see what they can do live!