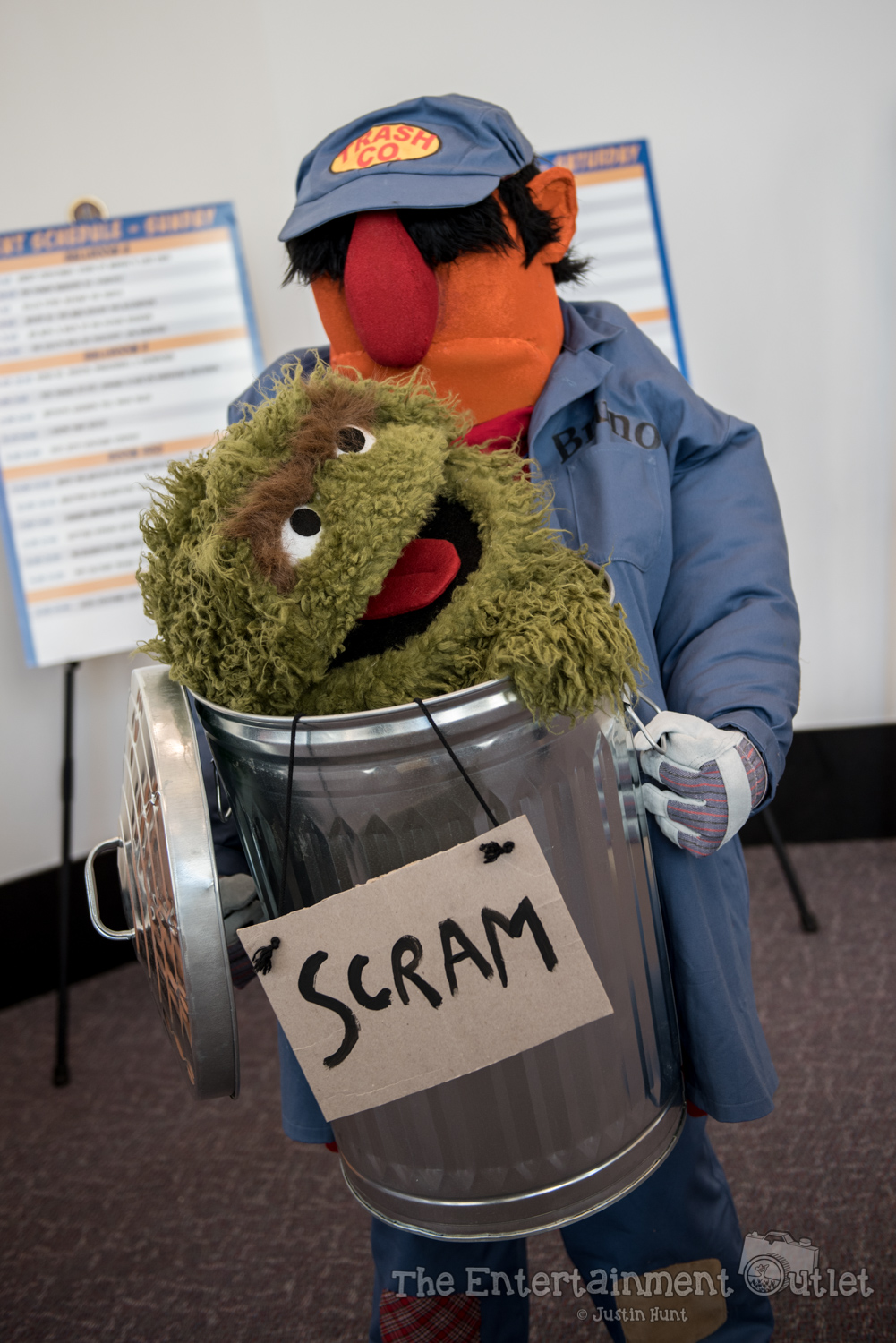 This years Rhode Island Comic Con took place over three days, November 10th through the 12th. The convention was held in the Dunkin’ Donuts Center, the Rhode Island Convention Center, and the Omni Hotel.
My experience with the convention is always a positive one, but not all things are positive.
The wait time can be an issue, especially the long line to get inside. There is really nothing that can be done. There are only so many metal detectors and so many scanners. Unfortunately the Saturday of the convention, it was also the coldest day on record. In speaking to a few attendees, those fortunate enough to be in the beginning part of the VIP line were welcome to wait inside.
Once inside the amount of people can make you dizzy or claustrophobic. If you haven’t been before, go on a Friday or late Sunday. You can breathe a bit then. The convention added the Omni Hotel this year to help ease some traffic. The table top games and old arcade games were housed there, and possibly other things I didn’t notice. We didn’t stay in the area long but it was a nice change from the hustle and bustle of the convention center. The celebrity guests can often make or break a Convention me. For RICC as the attendees grow longer, the cancellation list grew as well. By no fault of Altered Reality, some of the stars I was looking forward to cancelled last minute. On the other hand, the ones that came, were exciting. During the course of the weekend I was able to hear “Weird Al” talk about his upcoming tour, The Ridiculously Self-Indulgent, Ill-Advised Vanity Tour (which is selling out so get your tickets NOW!) and listened to him answer some good and some bad fan questions. We also caught Jason’s Issacs’ panel, and heard some of the best behind the scenes Harry Potter stories, not to mention Ask Kaylee Frye, John Cusack, The Bat and the Cat Gotham panel with Bruce Wayne and Selina Kyle, oh and some guy named Gene Simmons from KISS. Yes, my ticket to RI Comic Con put me in a room with Gene Simmons who walked around the crowd and answered questions, shared stories, and of course attempted to sell his merchandise. He’s Gene Simmons, so that last part was obvious.

The only panel I really wanted to see that I did I take it into was the Star Trek panel. There was a separate ticket for that. The seats were sold based on where they were, the folks in the back paid 15 per ticket. Not a bad price is you want to hear details of people boldly going where no one has before. I instead chose to save my money for the vendor floor.
I also saved my money for tater tots. The convention food is never the best and usually we leave the convention to grab something since the mall and other “real” restaurants are right there. I saw too many people eating them though and I couldn’t take it anymore. Take my money RICC!
Speaking of money, the celebrity meet and greets are a huge draw for many attendees. The list of meet and greets range from A list to B list, to D list, ex-wrestlers, tv stars, movie stars, music stars and the porn stars. The Dunkin’ Donuts Center was set up almost exclusively for meet and greets with a vendor shops around the perimeter. The prices also ranged from celeb to celeb. Some were as low as $20 for a selfie, to well over $100 for a professional photo.
It’s also fun to walk through the area and see what people look like in real life. The line for Joey Fatone was unbelievable, and the Green Ranger, Jason David Frank had a constant line. I haven’t been to a convention without Jason David Frank and this is why, they love him!
My second favorite part of the convention is the vendor floor. It’s always the same and always new at the same time. Wild Bill was there selling his all you can drink Pepsi products, Lego Minifigures were set up as end caps of each side, and if you wanted a Funko Pop! Toy, THEY WERE EVERYWHERE. Then there were new tables, new art and artists. Do you collect buttons or pins? Into Steam punk? Would you like a cute stuffed animal that scares the crap out of you when you squeeze him? It was all there and more. I fact so much so that we made several laps and continued to see new things….. Like cosplayers! Walking around the vendor floor and to and from destinations is a great way to see all the amazing costumes. Sometimes I am just blown away at how amazing a costume was made, or how well the person embodies their costume. When you ask someone to take their photo, and they get into their characters pose, or they have a quick wit or they are joyful or sad. It takes it to the next level and makes their costume come alive.

A new thing this year was free photo props. With all the cosplayers, this is a great idea. The Toy Vault set up a scene from Star Wars, while another small vendor set up 2 cute scenes from Doctor Who. Get you in, get you excited, get you to buy. Sounds like a great business plan to me. Cox Communications started this grand idea last year bringing the Iron Throne in from Game of Thrones. This year they brought the Tardis and set up a photo booth. They even emailed you (also would you like emails from Cox?) (No? That’s cool, they weren’t pushy at all)
The charities were also well represented. Pirates, Ghostbusters and The 501st Star Wars groups were all set up, dressed up and ready to spend the days bringing their world to life in hopes you may leave a little bit of your wallet behind for a good cause.
This year also so a major expansion to the Kids Con area. You can read about that here.
Things that make a good convention:
Great celebrity guests
Great panels
Great vendors
Great tater tots
Great photo ops
FREE stuffThings that make an AMAZING convention:
The name Rhode Island Comic Con on the badge.

Next years tickets are on sale, and they make a great Holiday gift!
What? Why are you still here? Go get your tickets.

Playstation VR had a demo outside the Kids Con area

Cortana and a Spartan