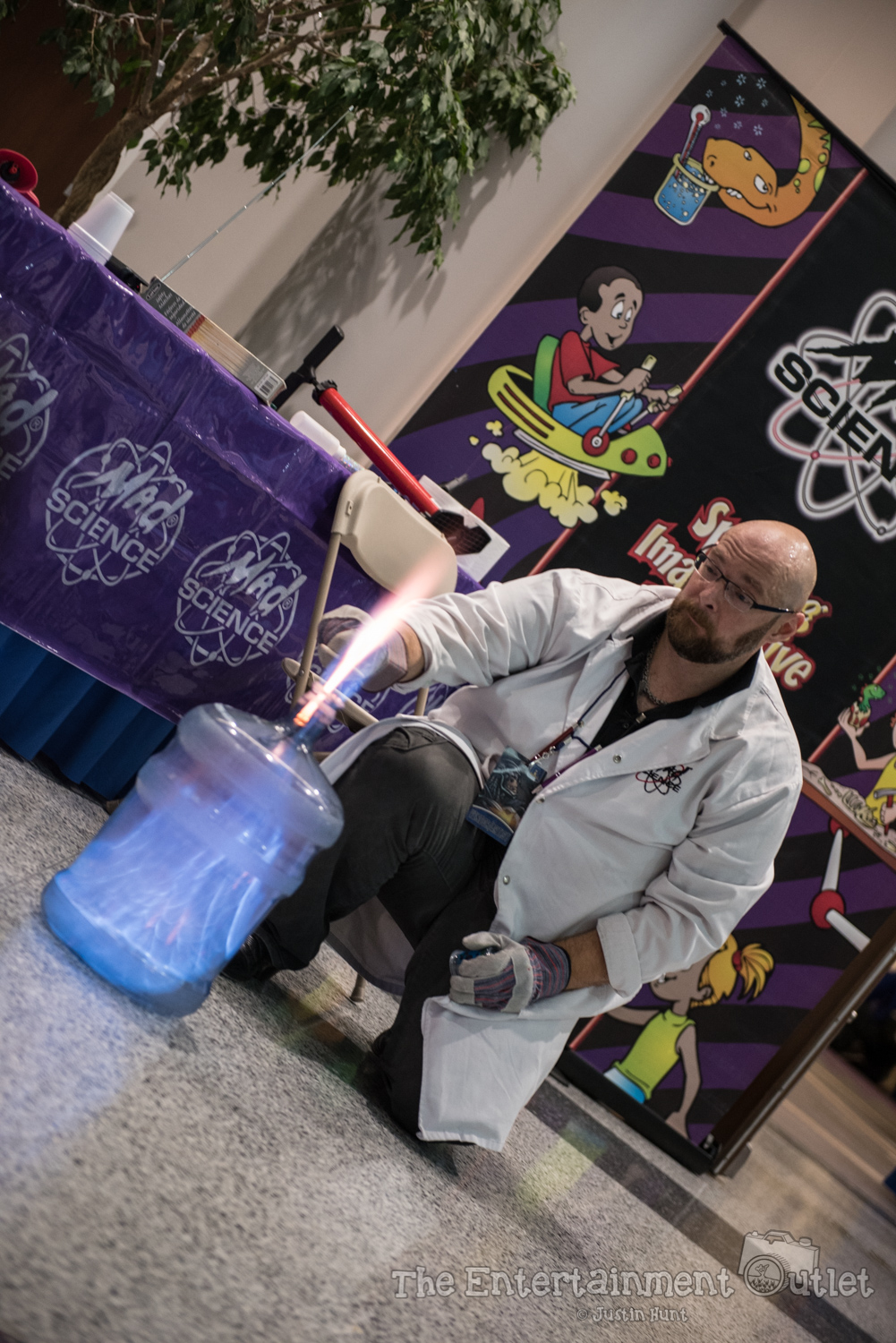 For the last few years I’ve done nothing but complain about the kids con area at the Rhode Island Comic Con. I have not written or verbally said one positive thing. Then I went to another of Altered Reality’s conventions, ComiCONN “A Show for the Fans by the Fans!” in June at Foxwoods Resort and Casino, and was blown away at their kids area. It was an actual area, there were actual vendors for kids, the cosplayers were kid friendly, and the coloring books were not just the free Newport Creamery kids menu.

My hopes for RICC were sky high after this event, and luckily, I wasn’t let down.

Kids Con was in the rotunda at the Rhode Island Convention Center. There was a giant inflatable dinosaur set up outside to welcome you. Inside was face painting ($) a balloon artist (not sure whether she charged or not), coloring books (again, not just a kids menu), and Mad Science. Mad Science entertains the kids outside of Kids Con!

Mad Science is a group of scientists that perform experiments that look like magic but can be explained scientifically. They go to schools, Paw Sox games, and wherever else a mind thirsts for knowledge. They had a few free shows per day, showing different experiments and getting volunteers. Then there were mini experiments going on in between like making slime and experimenting with dry ice. It was really fun and entertaining. The scientists were professionals when it came to kids, answering questions and keeping smiles all day long, which I can honestly say is not something I could do.

In the end, Kids Con was one of the best parts of our weekend. Kids are always at the con, dressed up and ready to have a great time and it was wonderful that there was an actual part that was geared towards them!

Playstation VR had a demo outside the Kids Con area