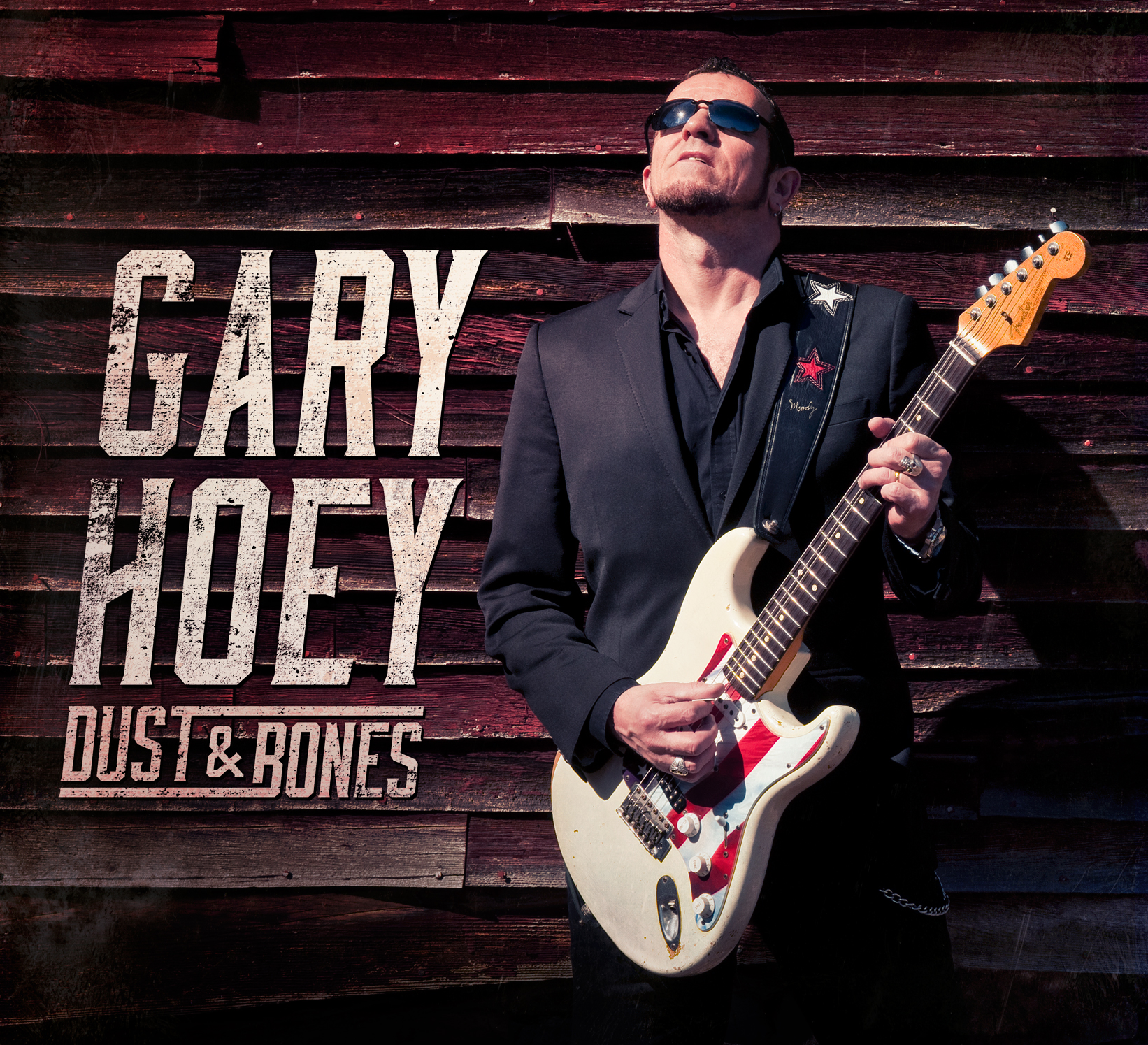 As great guitarists go, not many have had a career as varied as Gary Hoey. After playing hard rock, surf-rock and releasing a handful of holiday albums, he’s recently found his way back to his blues roots. Following up on 2013’s Deja Blues, his new album, Dust & Bones, has a great blend of blues and rock. The album starts off with “Boxcar Blues,” which starts off with a very bluesy slide riff played on a dobro, Gary sings a verse, and then heavy distortion comes on the guitars, and it creates a really heavy, raunchy sound that provides the backbone for some great solos, and sets the tone of the album.

A wide range of the blues are represented on the album, from the slow and dirty, to the upbeat and grooving. “Steamroller” is a tribute to Johnny Winter, and it becomes very obvious how much Gary’s surf sound was influenced by Johnny’s fast blues-style playing. The album ends with “Soul Surfer,” a grooving instrumental track that gives Gary a chance to let lose with a great solo.

But this is Gary Hoey, of course the guitar work is going to be great. What I was very impressed by was the vocals. Of all of Gary’s material that I’m very familiar with, from his cover of “Focus” by Hocus Pocus, to all the Ho, Ho, Hoey albums, the only track I’ve heard him sing is his 2006 cover of Red Rider’s “Lunatic Fringe.” The vocals here are much more smooth and polished, with some really great harmonies added in… It just wasn’t what I expected of an artist who 95% of the material I’m familiar with is instrumental. In addition to his great vocals, Lita Ford makes an appearance on the track “Coming Home.” If you’re into rock and/or the blues, this is definitely an album worth checking out! If you haven’t read our interview we had with Gary last month, check that out here. Scroll down to check out the title track of the album!