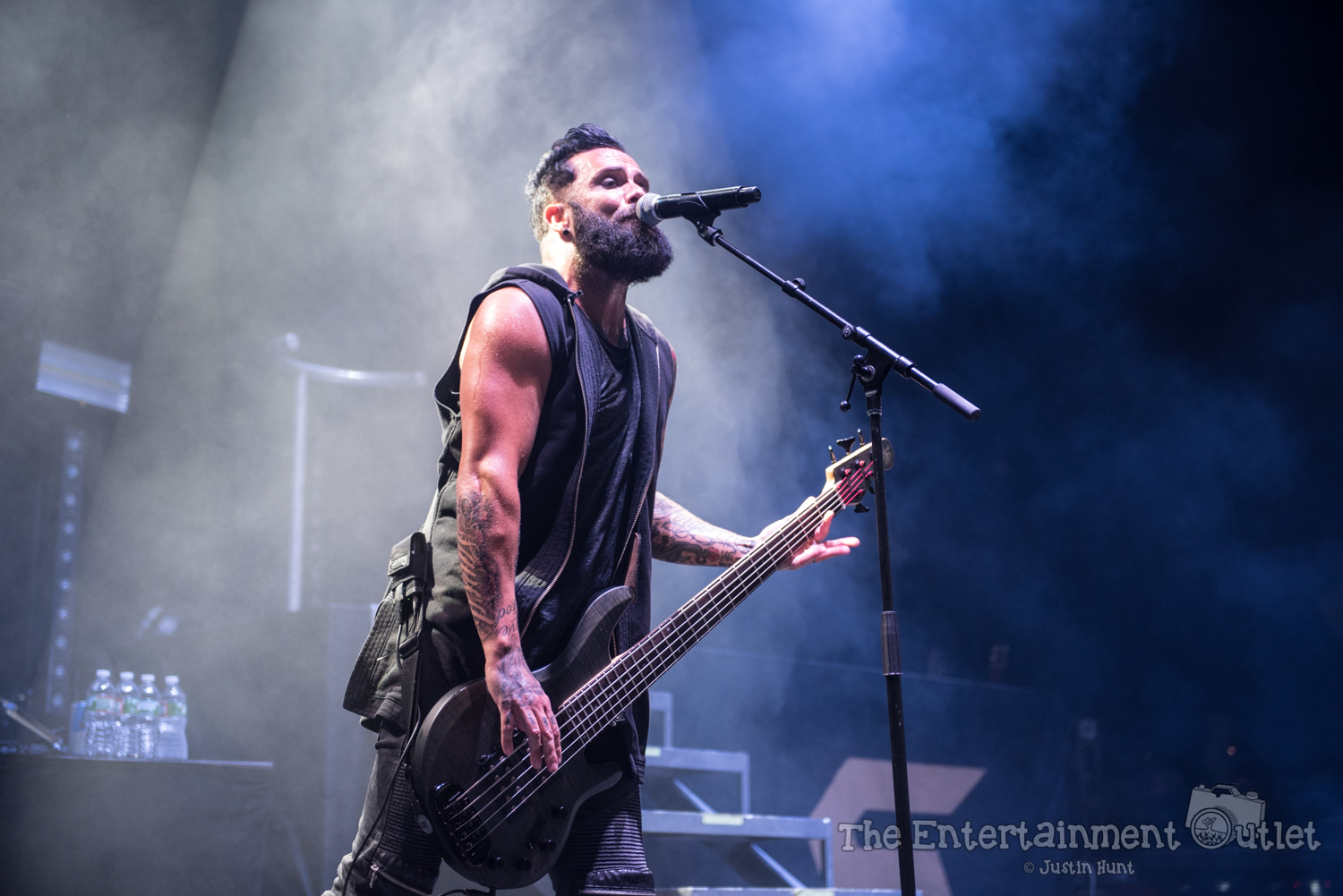 Grammy award nominees Skillet released their tenth album, Unleashed, in 2016, which debuted at #3, making it their third album to debut in the top 5! This Wisconsin quartet has been supporting the album since then, and are now approaching the end of a two week stint supporting Stone Sour and Korn on The Serenity of Summer Tour. From the moment they hit the stage, Skillet was here to rock. The kicked off the set with their recent top 20 single, Feel Invincible, which you may remember as the theme of WWE’s Battleground Pay Per View in 2016.

During an extended bridge section of “Sick of It,” singer John Cooper talked to the audience about things we’re sick of, like losing our heroes. The morning of the show, news broke about the death of Linkin Park singer Chester Bennington, and John dedicated his performance to his memory. The crowd here tonight was certainly one who had been affected by Linkin Park, and it proved to be an emotional night for all the bands involved.

Guitar player Korey Cooper had a ferocity not often seen in guitar players, drummer Jen Ledger held down the beat, while throwing in some great supporting vocals, meanwhile Seth Morrison played some great guitar leads. I was very impressed by the energy of the show. Not only in the energy of the band, but the level of stage show they had as a supporting act. Their stage production included steam cannons, rising platforms, the whole nine yards.

Before you knew it, the set was ending with their hit single “Monster.” Skillet’s show left me hungry for more, and I will certainly catch them the next time they’re in the area!