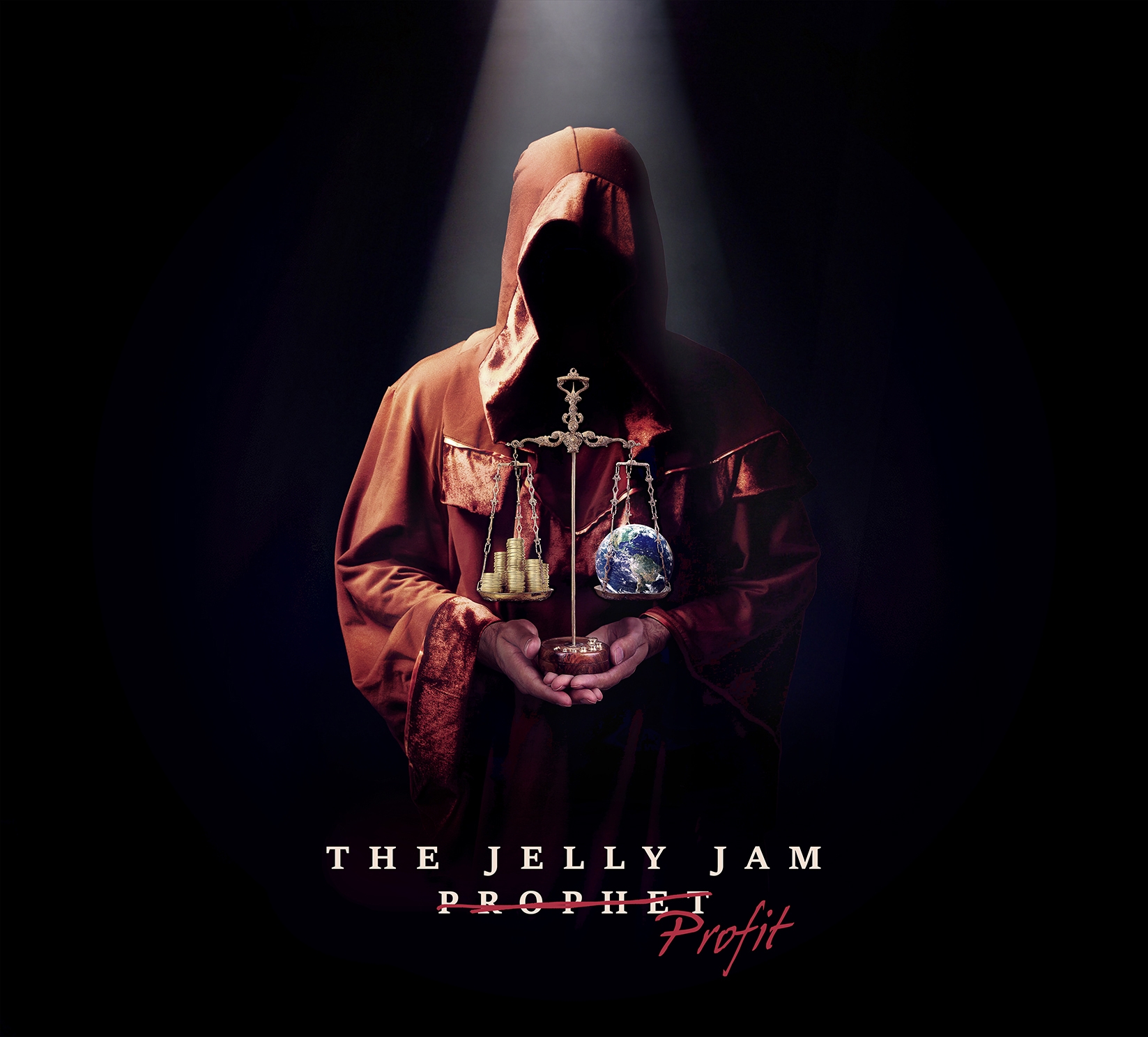 The talent of Jelly Jam is undeniable. This supergroup is made up of Ty Tabor, of Kings X, on guitar and vocals, Rod Morgenstein, of Winger & Dixie Dregs, on drums, and John Myung, of Dream Theater, on bass guitar. Those bands keep these three busy, so it’s been five years since they released their last album, but they are back with Profit. Profit is a concept album, following the story of The Prophet, “who inspired by a deep sense of responsibility embarks on a mission to try and save the world, aiming to open the eyes of those who will not see.” In order to create an album that embarks on a journey, rather than just a bunch of songs, the band recorded a lot of excess material. They then narrowed it down to what they felt told the most cohesive story. The songs definitely all fit together, not one of them feels as though it doesn’t belong here.

The album has a very ambient groove, with lots of space to make each note and chord count. Tabor’s vocals have a very 90’s grunge/post-grunge feel, reminding me of Stone Temple Pilot’s Scott Weiland or Silverchair’s Daniel John’s early efforts.

The Jelly Jam continues to change their sound with each album. Check out the lyric video for “Water” below, and see what you think! Other tracks I really enjoyed on the album were “Care” and “Ghost Town.” I definitely recommend giving the album a listen.