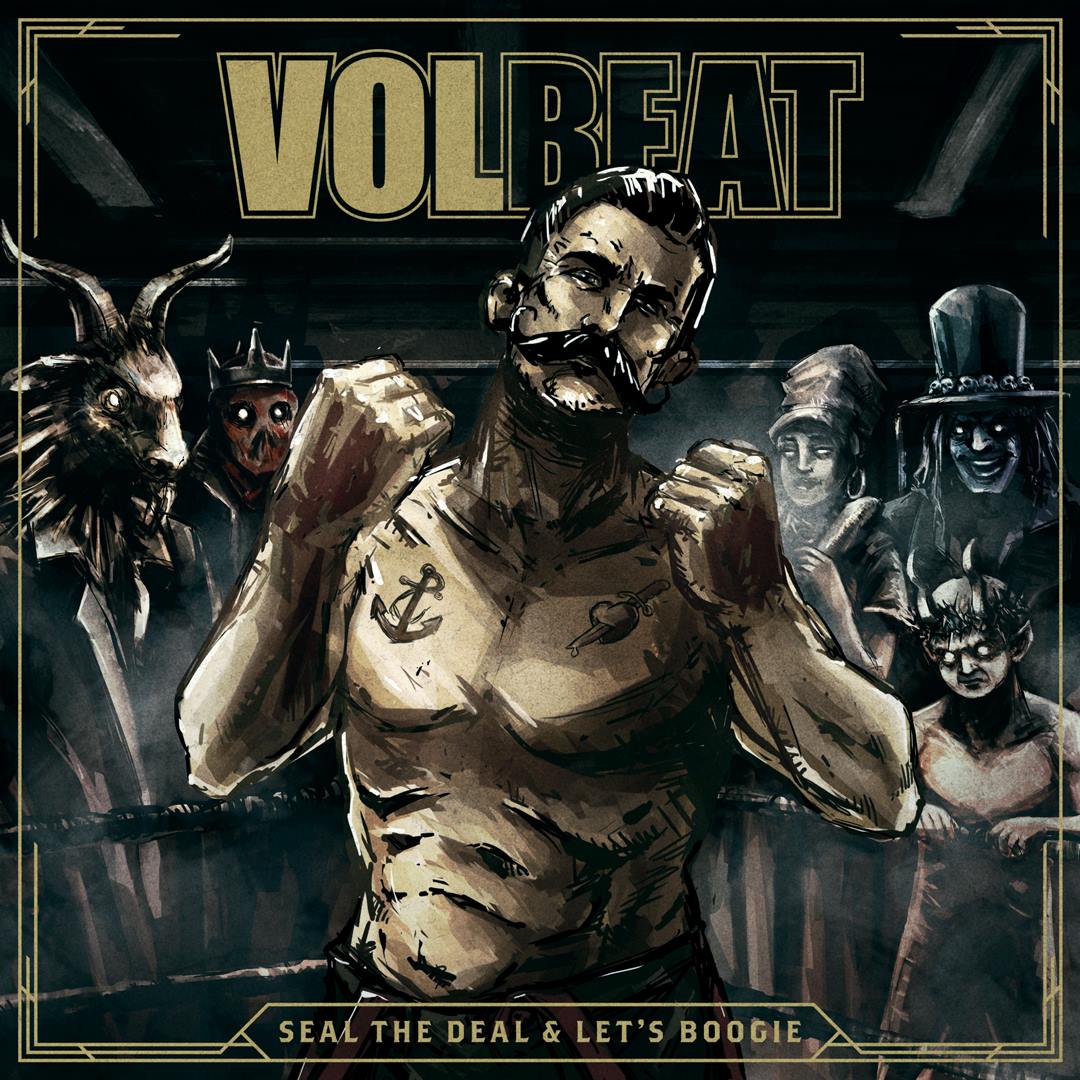 Danish metal/rockabilly band Volbeat is back with a new album, titled Seal the Deal & Let’s Boogie.

Over the years, the position of the second guitar player in the band has changed multiple times. Through all those changes, the rest of the lineup has been rock solid. This is Volbeat’s first album after the departure of original bass player Anders Kjølholm. Replacing Anders is Kaspar Boye Larsen, who previously filled in as a session bass player on one of Volbeat’s European tours ten years ago. I was initially disappointed by the news, as 13 times I have loved watching Anders perform with the band, but I’ve never been disappointed by anybody Volbeat has brought into the fold, so I am optimistic.

Kaspar was recently made the official bass player after finishing his first run of U.S. dates with the band. The band stated: “We just got back from a great US tour and Kaspar showed as we expected that he’s the real deal. The fans love him and we can’t wait for the rest of you to hook up with us as a full band again on our coming shows.”

While the previous album, Outlaw Gentlemen & Shady Ladies, had an Old-West theme to it, Seal the Deal & Let’s Boogie has a New Orleans voodoo/spiritual theme going on. For example, the titular character of the second track, “Marie Laveau,” was known as the Voodoo Queen of New Orleans.

Even before the album’s release, the first single, “The Devil’s Bleeding Crown,” has already hit #1 on Mainstream Rock Radio, and with good reason. It is a hard rocking song, with a great driving beat and great vocals. Vocalist Michael Poulsen and guitarist Rob Caggiano both show some great guitar work on the album. The pair co-produced the album with Jacob Hansen, who has collaborated on previous albums, though not in a producing role.

Another cool track off the album is “Black Rose,” which features a guest appearance from singer Danko Jones.

Seal the Deal & Let’s Boogie is a great album overall. From start to finish, there’s no doubt it’s a Volbeat album. Their signature style is obviously proving to be a big hit, though my only negative take on the album is that the sound didn’t evolve much compared to prior albums. But if you’ve been a fan of any of their material, you’re sure to enjoy this album.